Andrew Tate is a renowned former kickboxer, YouTuber, and social media personality who has gained money and fame throughout the social world.

After winning the world kickboxing title, Andrew Tate became a prominent figure in the social media sphere. He began his career as a kickboxer but has now switched to becoming a social media influencer.

Tate’s notoriety rests primarily on his outlandish opinions on specific topics around young women. He has also created an education course called Hustler’s channel, which grew in popularity among young men but has since shut down.

Here, we’ve included all the details you need to know about the overinflated ego that is Andrew Tate.

Andrew Tate is a popular figure on social media who used to compete professionally as a kickboxer in the US and UK.

During his career, this British-American fighter won a world title in two weight classes—the Cruiserweight and super cruiser. He has also won the ISKA Kickboxing World Championship three times and the Enfusion Live tournament twice.

Andrew and his younger brother, Tristan Tate, have a YouTube channel where they post lifestyle vlogs and podcasts under the names Tate Speech and TATE CONFIDENTIAL.

Emory Andrew Tate III entered the world on a cold December night in Chicago, Illinois, USA. He was born on December 14, 1986.

Although he was born in the United States of America, he moved to Luton, England, with his parents and siblings when he was a little child. Andrew spent most of his formative years in the town of Luton.

Since then, he has called that place home and attended elementary, middle, and high school there. At age five, Tate began taking chess lessons from his father, who promptly pulled him out of an adult competition when little Tate lost and got angry.

Why Is Andrew Tate Famous?

After his career as a kickboxer, Tate shifted his focus to influencer marketing but was met with backlash for past comments he reportedly made against women and sexual assault.

Tate’s homophobic and racially insensitive tweets drew attention to him in 2016 when he was a houseguest in Big Brother’s seventeenth season.

After six days, the creators kicked Tate from the program when a video surfaced of him hitting a lady with a belt.

Later, Andrew claims that the activities in the video were voluntary since he is “excellent buddies” with the lady who appears in it. He is also the focus of a judicial inquiry into charges of rape and human trafficking.

All this bad publicity, unfortunately, spurred him to even more fame.

How Did Andrew Tate Make His Money? | Net Worth & Income

Although Tate became a four-time kickboxing world champion, he has always been honest about how little money he earned in the sport. The lack of financial success in his fight career led him to pursue other ventures. He said that he had received a salary of about $100,000 as his largest.

In 2022, Andrew rose to prominence when he pushed students at Hustler’s University to distribute several films featuring him across various online channels to increase viewership and fan loyalty.

Tate and his brother claimed to have gained millions of dollars via a webcam company they launched in Romania. They employed webcam females to peddle sob stories to empathizing men. Tate has also expanded his wealth via his YouTube channel and commentary.

According to Andrew, Hustlers University is now his primary source of revenue. Currently, Andrew Tate’s net worth is more than $300 million. It has been said that the Tate brothers and the other instructors who joined the scheme split $4 million in income each month.

Since being banned from social media sites, he has shut down Hustler’s University. The website claims to be releasing a new upgrade eventually and honoring those who previously enrolled.

Who Are Andrew Tate’s Parents?

Emory Tate, Tate’s father, was an accomplished chess player who won the United States Armed Forces championship three times and beat many grandmasters throughout his career.

Tate was named after his father. His mother was an assistant caterer.

Andrew has two younger brothers and a sister; his older brother is named Tristan, their father is an African-American, and their mother is English.

Their relationship has lasted for a long time, and they are reportedly still together.

How Tall Is Andrew Tate?

Tate stands at the height of 6 ft 1 inch, or 185 cm. Tate isn’t bashful about voicing his views regarding his and other people’s stature. According to one podcast interview, Tate mentioned height as a positive trait.

What Race Is Andrew Tate?

Tate’s upbringing was in Luton, England, even though he was born in the United States. When Tate’s father, African-American chess player Emory Tate, was living in England, Tate’s mother worked as a catering assistant there.

To sum up, Andrew Tate is a mixed race of African and Anglo ethnicity.

Where Does Andrew Tate Live?

Despite having spent his childhood in Luton, England, Andrew now calls Bucharest, Romania, home. He was born in Chicago, but didn’t stay there long.

The internet celebrity now lives in a mansion in Bucharest’s posh outskirts. After being confronted with all the claims of rape and human trafficking, he relocated there.

The ex-kickboxer has an extensive collection of high-end automobiles, including Buggati, Aston, McLaren, and Martin.

Though, Tate has also gained much popularity from his social media. His misogynist and racist remarks about women significantly affected his social media presence. In August of 2022, Instagram banned his account.

Is there anything that we missed? Tell us in the comments below. 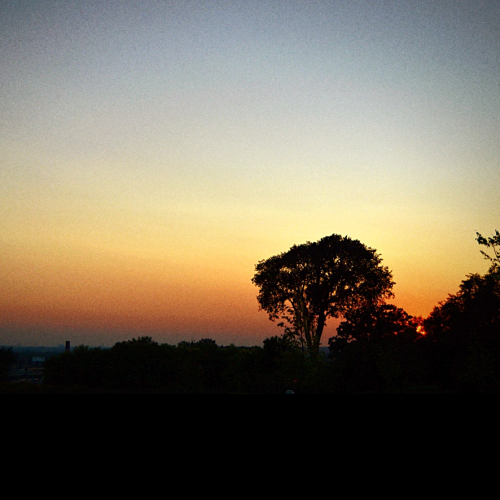